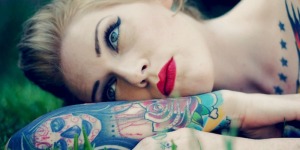 The good, the bad, and the ugly information about toxic tattoos.

The Toxic Truth About Tattoos

It’s not just the beauty profession that has ugly secrets. There are hidden secrets in many professions.

If you would like to know what is toxic in the beauty profession, click on the link below.

This article has been slightly edited.